For poetry month last April, I did two poem-a-day projects, something I highly recommend. One of those projects, done with Carol Guess, became the collection The Reckless Remainder, forthcoming from Noctuary Press. The other became a single, fragmented short story called “The Blush Reflex,” which has just come out in the current issue of Gulf Stream Magazine. “The Blush Reflex” is part of a series of remixed fairy tales I’ve been writing, and all the morals of the story come from the text of “Hansel and Gretel.” Finding the morals was the best part! 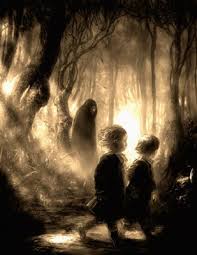