Fairy Tale Review is now accepting entries for the Emerald Issue, featuring work inspired by The Wonderful Wizard of Oz! 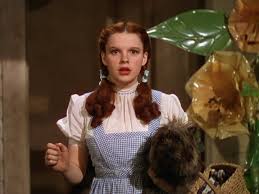 The tenth anniversary issue of Fairy Tale Review, now housed at Wayne State University Press but still edited by founder Kate Bernheimer, is open to submissions for The Emerald Issue. Contributors to past issues of Fairy Tale Review include Aimee Bender, Lydia Millet, Donna Tartt, Jack Zipes, and many others. Work from Fairy Tale Review has been selected for inclusion in the O. Henry Prize Stories anthology, Best New American Voices, Best American Fantasy, and listed as “Notable” in Best American Short Stories.
Seeking:Poetry, fiction, creative nonfiction, drama, scholarship, research, artwork that imaginatively explores Oz ephemera; from creative retellings/revisions of the Oz tales (whether the literary series or the classic film, which will celebrate its 75th anniversary in 2014) to work inspired/influenced by all the many things that make up the Wizard’s Oz and Dorothy’s Kansas. We have a particular interest in a green interpretation: work that references the environment and the role of nature (from cyclones to gemstones). In keeping with Fairy Tale Review’s open aesthetic, your work may be in any style and form, and the path it takes down that famed Emerald Road may be literal or enigmatic. Translations welcome. The Emerald Issue will be co-edited by Kate Bernheimer, Founder and Editor of Fairy Tale Review, and Timothy Schaffert, who Guest Edited 2011’s The Brown Issue, from which work was selected for the O. Henry Prize Stories anthology.Submission period: March 1, 2013–August 1, 2013

All submissions will be responded to by September 1, 2013. The Emerald Issue will appear in 2014.

We will consider only previously unpublished material. In cases of translation to English please provide proof of permission to translate and/or indicate public domain material.
Submission Guidelines:Please submit Word .doc, .rtf, or .pdf files and include a cover letter.
Please direct queries only (no submissions) to ftreditorial@gmail.com.
Editorial correspondence may be directed to: Kate Bernheimer
Department of English
Modern Languages Building
University of Arizona
Tucson, AZ 85721